As part of our Angus's Grand Tour project aimed at showing off just how wonderful Aberdeen, Scotland is, Little Angus is following the Wild Dolphins trail.  Below are the first 5 #dolphie's (dolphin Selfies) Little Angus is hoping to get all 50.

Wild Dolphins is an art project which has seen 50 life sized sculptures of bottle nosed dolphins appear all over the city.  Organised by Wild in Art and supporting the ARCHIE Foundation and Whale and Dolphin Conservation, these brightly coloured and imaginatively decorated dolphins can be seen until August 29th, 2014.

#dolphie no1 Don the Dolphin - Don is currently living on the upper mall of Union Square, he is painted in an Aberdeen Football Club strip (making him Little Angus's favourite) and is signed by the team which won the Scottish League Cup 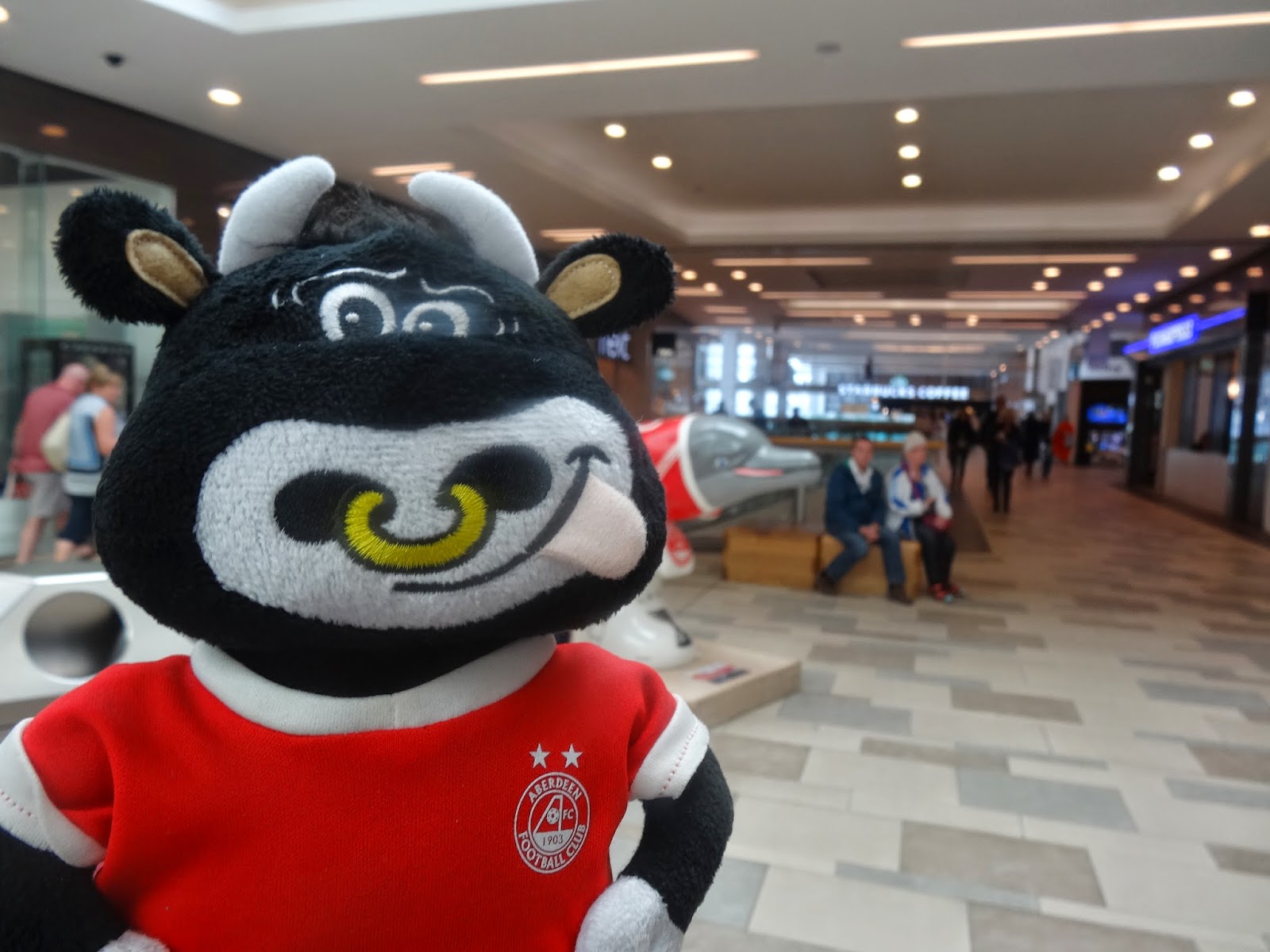 #dolphie No2 Adeona - Looking out over the North Sea from the Mouth of the River Don, Adeona is delicately painted with lifelike birds and fish. 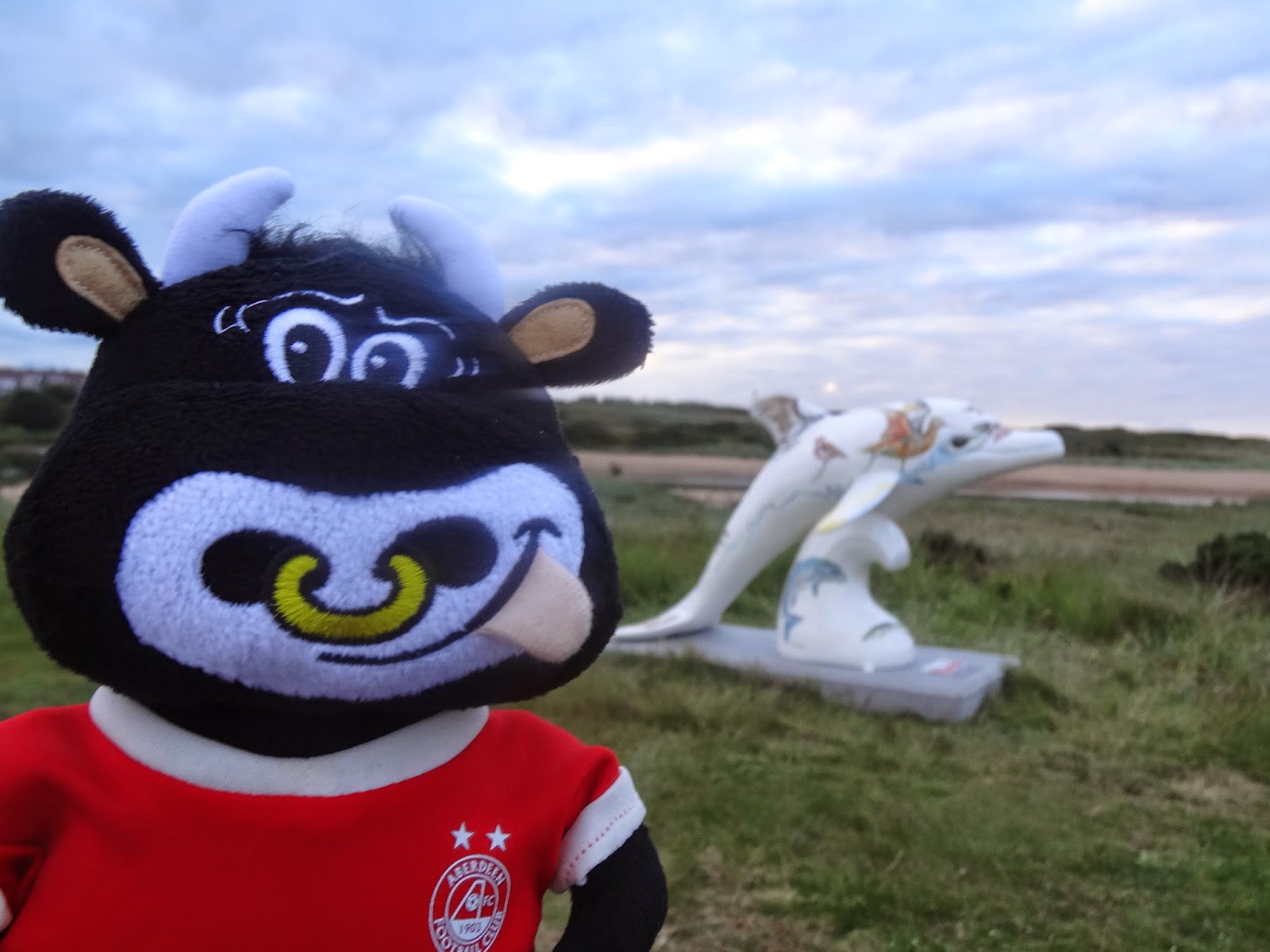 #dolphie No 3 Montgomery - situated in leafy Seaton Park, Montgomery is a riot of colour.  A beautiful painted cityscape and fused glass shapes adorn this stunning dolphin. 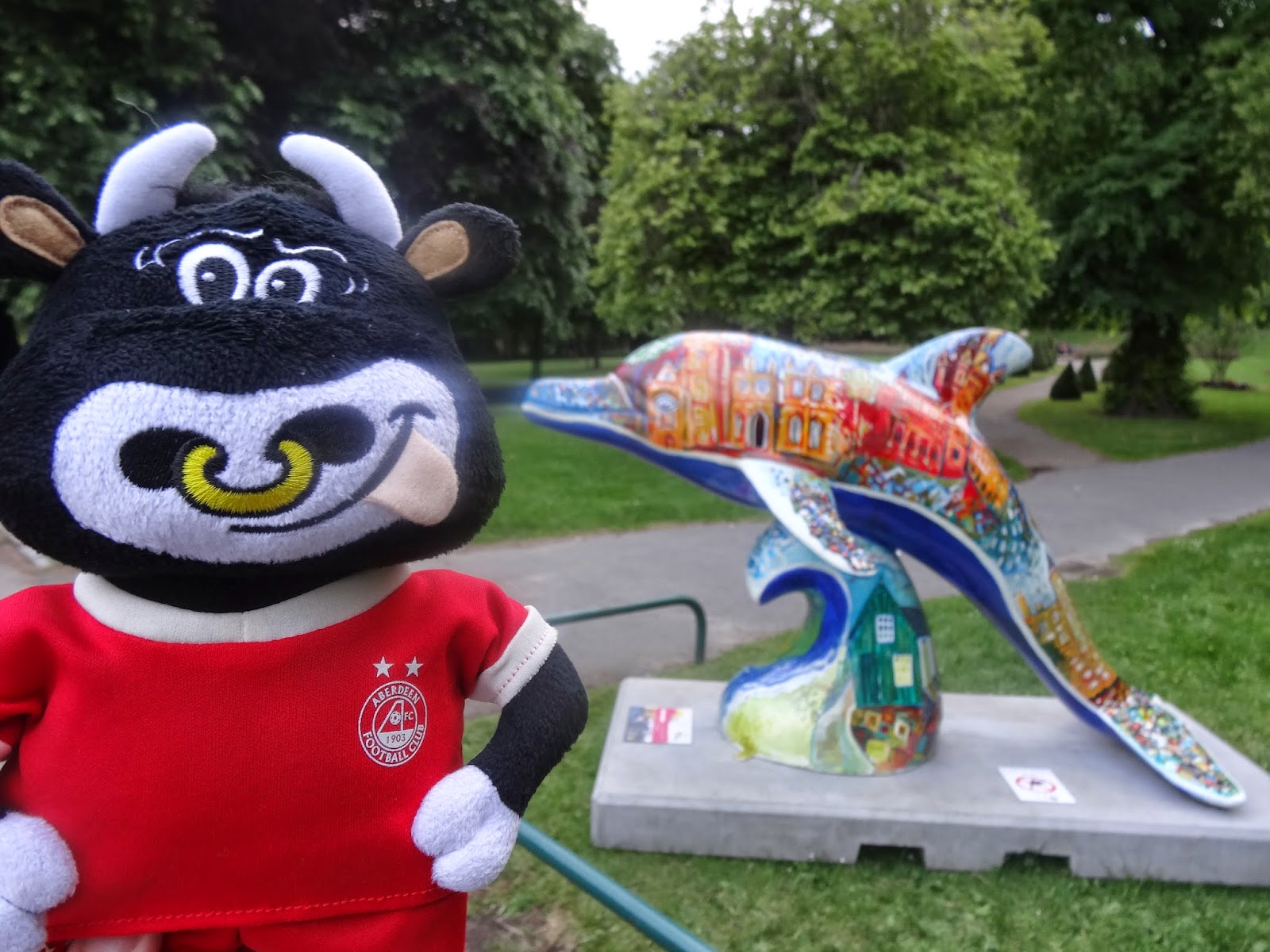 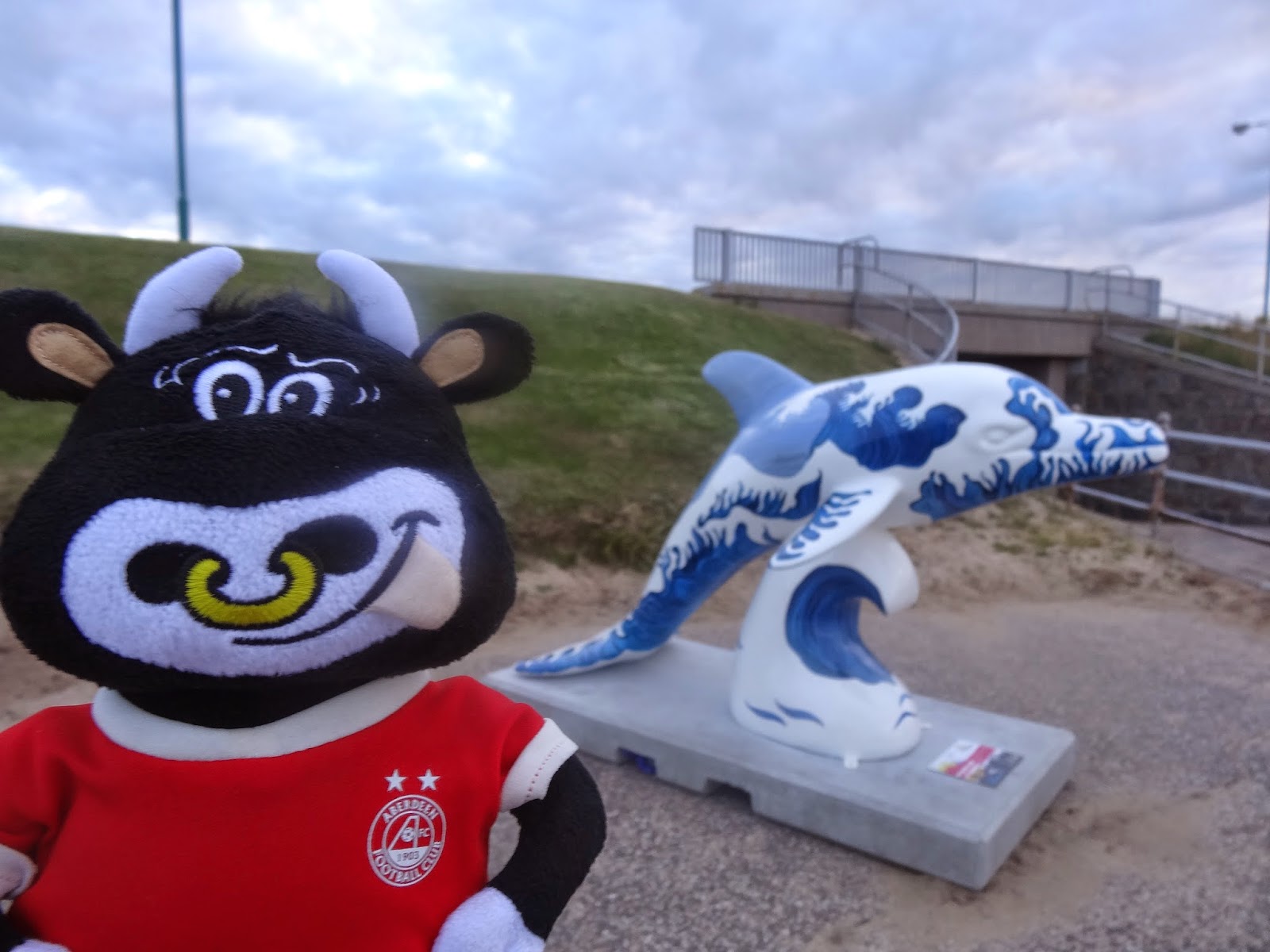 #dolphie No 5 Funky D - This dolphin nestled in the heart of Johnston Gardens really is a leap into the world of fantasy from its dragon snout to the magical landscapes and figures of balloon flyers on it's base this is a must see piece of work. 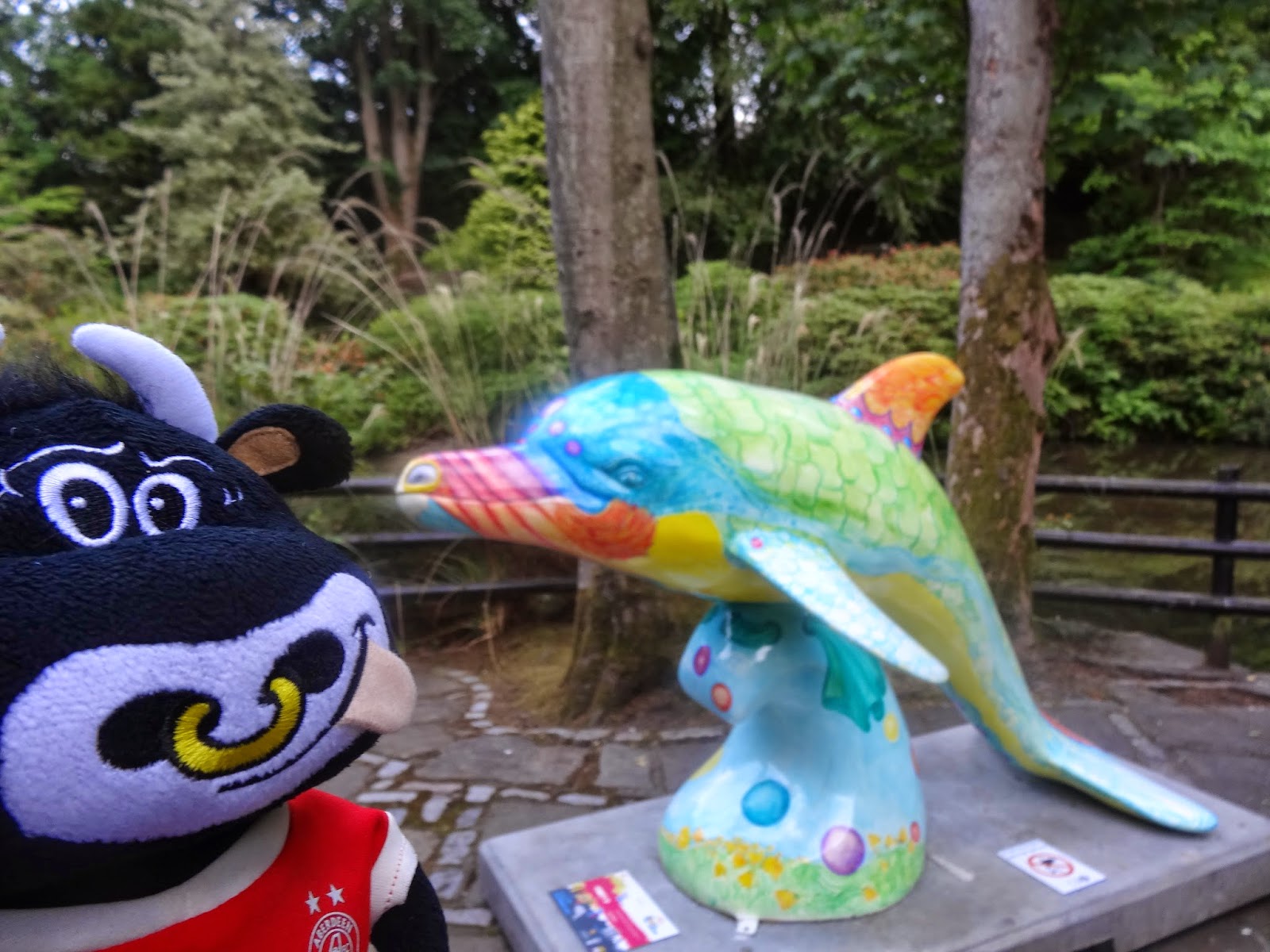 More dolphies will follow soon, the project can be followed on Twitter using the hashtags  #dolphie and #WildDolphins.


Posted by Shopmobility Aberdeen at 04:27 No comments:

Two more poems have been produced thanks to the children at Braehead Primary School and Quarryhill Primary school.

We have been so impressed by the quality of ideas and imagination that the participants have shown and each poem despite sharing a theme is completely different.

Watering cans are puddles with walls
Tip them up and see white waves,
Crashing, bubbling, full of life,
Refreshing the garden, bringing it to life.

Water pipes are trapped rivers
Rippling their way to freedom
Through gurgling taps Into the kettle,
Streaming into coffee cups

The rains come.  Some think its bad,
We like it that way. It cleanses, nourishing
Bringing Rain Forests and vegetable plots alive,
Brought to life to feed us and brighten our days

Catfish, shark and seahorse
Swim through evaporating rip tides
In our hot, steaming baths.
Dolphins and sting ray
Lead us to safety
With a glass of ice cubed water
Filled by elephants trunks,
Natures soda stream.

The kitchen comes alive
As warming waters lap at our feet,
Surfboards and jet skis whiz past the fridge
Our Caribbean kitchen.
Reality pours in, dreaming ends
Sinkfuls of dishes lie waiting,
Covered in sand and seaweed.

To participate in this project, or to find out more about it, contact our Writer in Residence, Andy Bisset by email on shopmobevents@gmail.com
Posted by Shopmobility Aberdeen at 06:33 No comments: